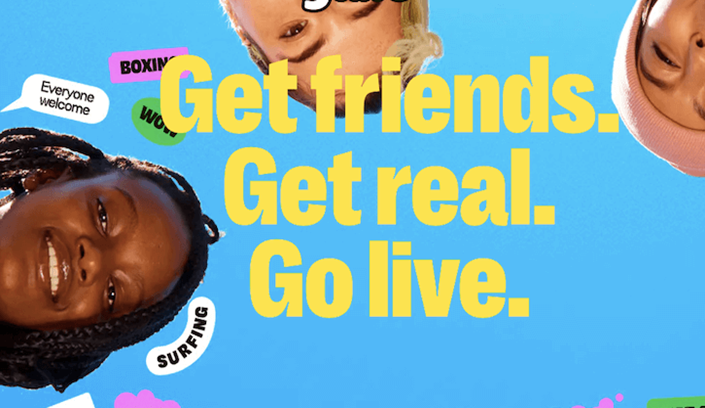 Yubo, a social discovery platform, launched in 2015 is rapidly growing as one of the top social media apps for Gen Z. On the Yubo App, users ranging from 13-25 can make new friends by finding users of similar interests and can then message or live stream with them, creating long-lasting friendships in this digital age.

Given this quickly growing online community, how does Yubo ensure the safety of its users? With an extensive suite of safety and security features.

Yubo has a unique safety feature to cover every aspect of the app.

Live Streaming can be one of the most difficult aspects to moderate across all social media apps utilizing this feature. Not only does latency exist between streamers and viewers, but there are thousands of live streams happening all at the same time, so how is Yubo able to moderate them in real-time? By being the social app to introduce a live stream intervention functionality that works in real-time through AI-Enabled Intervention.

With the dynamic duo of artificial intelligence and human moderation, Yubo has taken revolutionary steps to ensure a safe streaming space. The AI filters can track each live stream through second-by-second screenshots which it then analyzes and will alert the human moderators who can then enter the live streams and alert the users to which community guidelines the stream is not following. The AI can detect non-permitted content including partial nudity, suggestive images, blood, violence, weapons, and drug use. Real-time moderation, all the time, in every stream.

When users aren’t streaming together, they’re messaging and Yubo strives to ensure they can chat without worry. If a user is about to share too personal of information that can affect their safety, a real-time message will pop-up alerting them to what they’re sending. Users will also receive a pop-up if the message goes against the community guidelines.

Not only does Yubo automatically moderate the messages, but so can users. With Yubo’s muted words feature, users can select specific words they don’t want to see and that won’t be shown to them in messages. Muted words can also be applied to the live stream’s comments as well.

While the AI and human moderators cover a vast amount of the app, Yubo also relies on its own users to report any questionable or concerning behavior appearing on the app. Users can report through live streams, individuals’ profiles, and in messages allowing them to help Yubo become a safe community.

How does Yubo determine what safety features to bring to the app and ensure all limitations are covered? With their safety advisory board that’s been consulting with the Yubo App since 2019. Yubo also partners with governments, charitable groups, and NGOs to gain further insight into how to increase the safety of the Yubo App. Safety always has been and will continue to be a priority of the Yubo team.

If you’re looking for a safe online space where young minds can express themselves, head to Yubo. With 60 million users across 40 countries accumulated since 2015, Yubo is a fast-growing Gen Z-focused app and you never have to worry about being bored. Yubo offers messaging, live streaming, interest-based profile tags, and of course, online games to play with friends or to be used as icebreakers. All of the above plus an emphasis on safety, what else could you ask for?

The Amazing Benefits of Digital Marketing to Your Business

What’s the Among Bull Market and Bear Market?

Initial Public Offering (IPO): What It Is and How It…

Yubo Levels Up Its Security & Safety To Ensure a…